3bee has been awarded with the Demonstration Voucher of the VIDA project.

Farm-Tech project consists in the demonstration into an operational environment of a Decision Support System (DSS) for Swine farmers. The DSS allow monitoring and controlling different biological parameters. In this way, it would be possible to:

The problem: Nowadays, the only solutions for the management and treatment of farm animals are based on the usage of chemicals & antibiotics products. According to estimation, the 80% of the total amount of antibiotics are used in animal farming. The abuse of such treatments, as stated from The World Health Organization, will cause 30M of human death in 2050. Animal Farm sector need to move to a Post-Chemical Era, optimizing the flow of resources employed. The main business result of the antibiotic resistance will be an exponential increase of R&D costs and a reduction of animal’s productivity.

3Bee solution: 3Bee designs Artificial Intelligent Decision Support System (DSS-AI) for farming animals: an IoT based monitoring and diagnostic system that analyse the animals’ most important biological parameters. These data are sent to a Cloud platform and are used to develop AI predictive algorithms that can early detect and prevent diseases and anomalies. Thus, prompt and focused interventions are made possible, reducing the treatments that are now used to cure and ward off illnesses. At the same time, costs for farmers are decreased and productivity is improved.

Project objectives: The project will be implemented by carrying out field tests into a Swine farm placed in Lombardy region. As far as concern Swine farms, 3Bee has established that one of the major causes of livestock mortality on farms is enzootic pneumonia in pigs, the predominant symptom of which is intense coughing. This disease leads to a significant decrease in productivity for the farmer causing mortality of the animals. In addition, the aggression among pigs also causes significant losses of income for the farms, as they lead to an increase in diseases and stress of the animals, reducing growth and increasing the risk of infection due to injuries that emerge after the attacks. The target of the project is to recognize the emergence of these pathologies through data analysis of biological parameters, like sound spectrum, temperature, humidity. 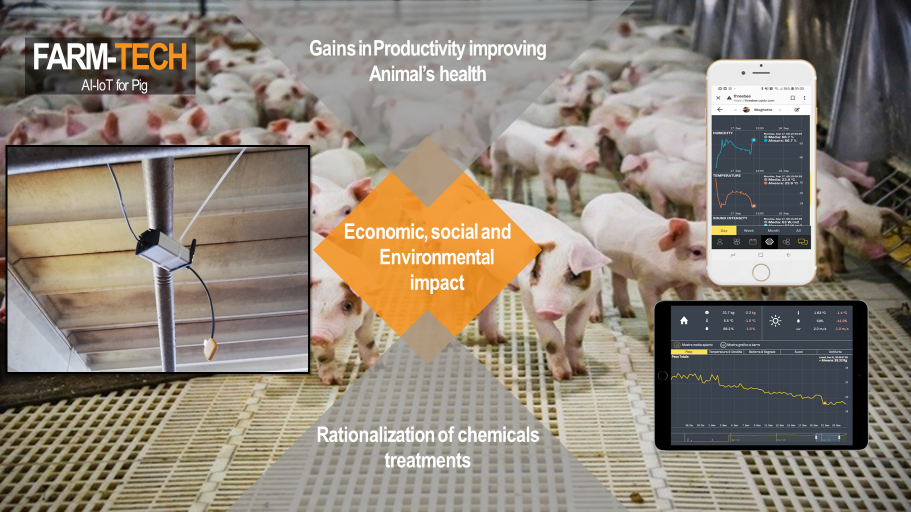 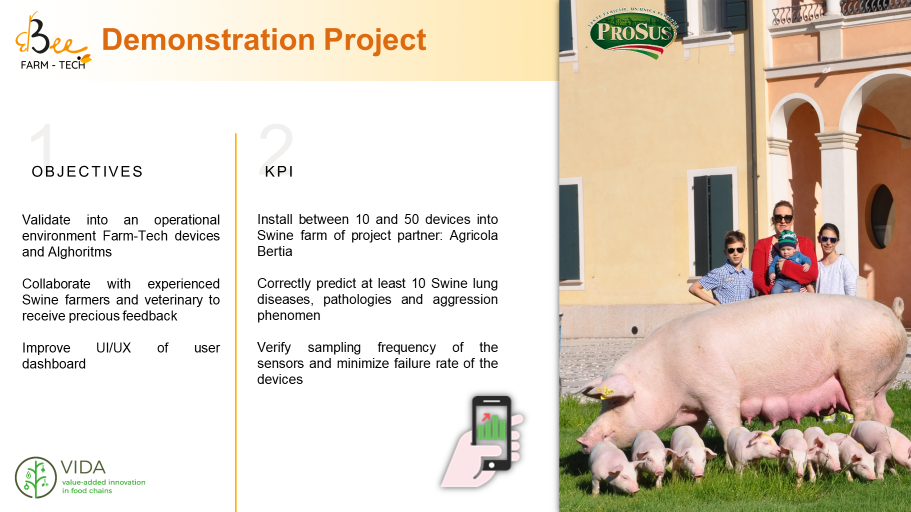